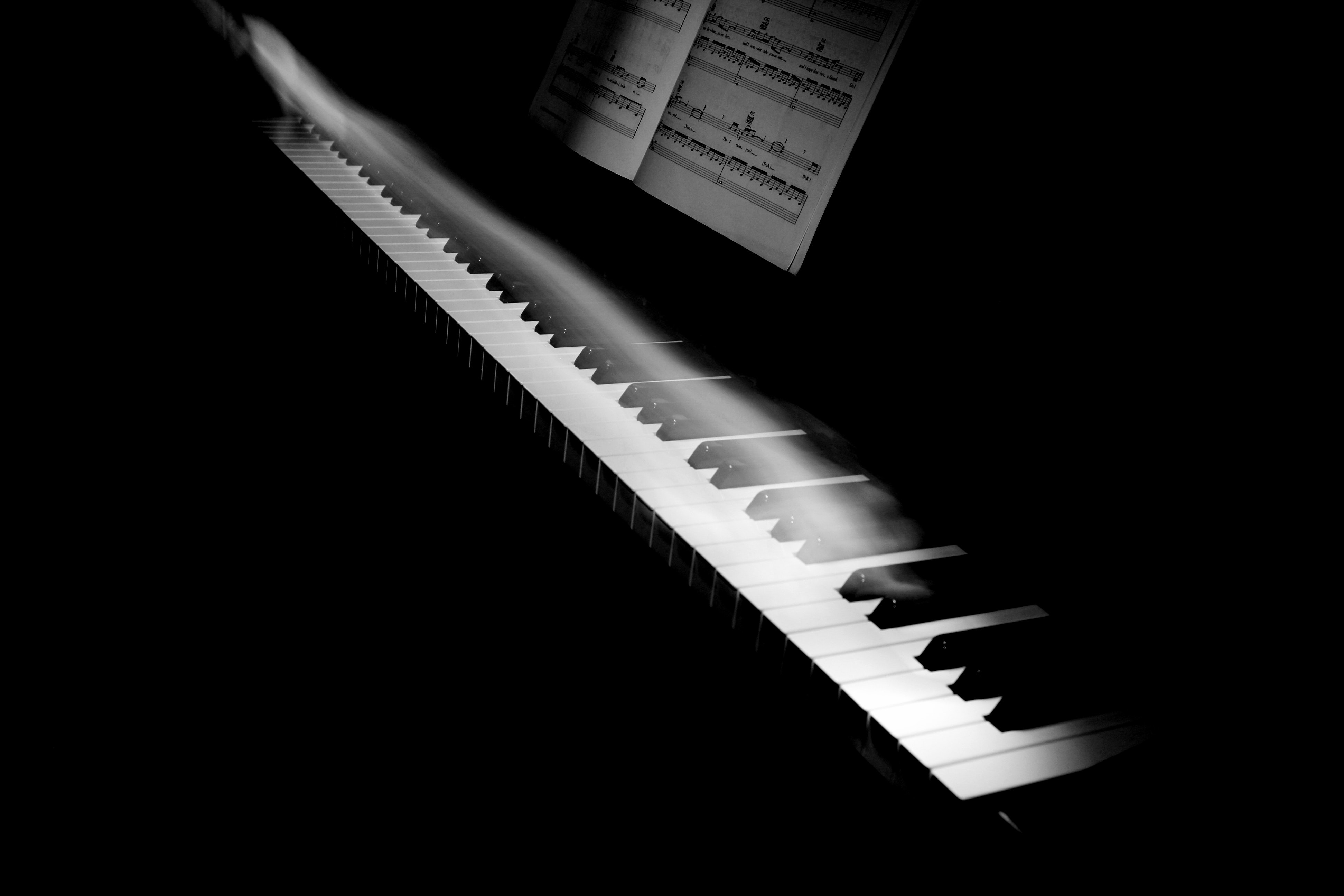 Music is used not only in connection with religious rituals, but it is also consistently used in festivals and in other types of observances that are primarily for entertainment and enjoyment. The history of music further shows that its progress is closely related to the emotional life of the individual. That its effects were sensed more keenly by those who reached higher degrees of development, insofar as civilization is concerned, is indicated by the simultaneous development of music, in most cases, with the advancement of civilization. As an example, we find that in ancient Egypt a great deal of time and consideration was given to the study, the practice, and the execution of music. A number of very fine musical instruments were evolved and developed. Some of them became unique in history and were used particularly in connection with observances in the temples of the various sections of Egypt where religious practices and various types of observances were held.

It is common knowledge that much of the music of the Western world had an impetus for its development in connection with the early history of the Christian church. In that way religion has contributed to the development of the heritage of music which is ours today. During the past few centuries, many of the great musical compositions were related directly to church activities. The composition, direction, and presentation of music in the cathedrals and churches provided many composers with their only means of livelihood.

In considering music for meditation, it is also of interest to consider briefly just what music is. Music may be thought of as sound created by various instruments, which combine rather simple principles. Most musical notes with which we are familiar today are produced by two things coming together and producing a noise, or by a forcing of air through a tube or some type of hollow structure, or by one object coming in contact with a tight string or wire which produces a certain vibration.

Music, however, is more than sound alone. Music is related to sound, that is, certain sounds put together in a manner that is connected. In that sense, music can be compared with language: the notes are the letters; the phrases or measures of the musical score are the words; the themes are the sentences. Letters and words by themselves carry little meaning, but they can be combined into sentences, and sentences into paragraphs which produce continuity of thought and express definite ideas. In other words, they say something. And so it is that the sounds or notes that compose music can be put together into phrases and themes and arranged in such order that they produce, in connection with a rhythm, timing, and a melody, certain things which can be understood as a whole. Again, these notes tell us something and the theme is readily understandable.

Music is a universal language. We can understand it to a certain degree without knowing the language of the composer who wrote it. It can be understood in the light of our interpretation of the effect that the sound makes upon our consciousness. That music affects us in various ways can be proved by a selection that is solemn, or one that has the rhythm of a march, or music that is of a faster tempo and usually associated with dancing or celebrations.

To understand more completely the use of music as related to meditation, it is important that we thoroughly understand meditation itself. The subjects of meditation and concentration are so important that they are among the first ones introduced in the earliest of the Rosicrucian teachings. We might say that the processes of meditation and concentration are the fundamental disciplines of the mind. It is through the channel of concentration and meditation that we are able to use our mental faculties in such a way that it is possible for us to gain in wisdom, experience, and in our overall psychic development. Without these two processes, there would be no use for any other type of study. These are the channels by which we admit into consciousness the knowledge that it is essential for us to learn if we are to gain anything from the experience of life, and if we are to develop the ability to bring consciousness and creative mental power to play upon the function of living and the using of our mental faculties creatively.

Upon examining the mechanics of meditation and concentration, we will realize that they are different. Concentration, we might say, is an active mental process whereas meditation is a passive mental process. In other words, when we concentrate we try to bring all the mental creative ability that we have within us to bear upon a certain thing, such as a problem or something that we are attempting to learn. Concentration is the funnel, we might say, through which our mental faculties are brought to bear upon the situation to which we wish to give our attention with the hope of reaching a solution.

Meditation, on the other hand, is a more or less passive procedure by which we attempt to absorb those impressions that may come into consciousness and to sort out those that may have value to us. It is a period of reflection, of preparation wherein we attempt to rest physically and to assemble our mental attributes so they can be used in more active mental processes.

Whatever may be our behavior at any moment is the reflection of our conscious state. We may be thinking of work that is immediately at hand, or of problems waiting to be solved that seem difficult at the moment; we may be having certain physical sensations which may be pleasant or unpleasant; we may be thinking of an engagement we have to keep tonight or tomorrow, or of an event that may have occurred yesterday and brought us happiness or sorrow. All these impressions are constantly pushing themselves into the state of our present consciousness or awareness.

We are taught, in connection with the study of concentration and meditation, the importance of ridding our consciousness of all this miscellany of impressions in order to succeed in concentrating our mind upon any one thing and really directing our attention to it completely. To thus completely dismiss from consciousness every impression except one is a most difficult process to learn. Concentrating on one thing requires a technique that takes practice over a long period of time. The circle of consciousness, that is, the state of awareness which is composed of our sensations and thinking of the moment, is so completely our private life, our personal situation at any moment, that it is difficult to sort out of our mind the many impressions surging through consciousness. Even though we may direct our attention exclusively to a problem that may be confronting us, we are nevertheless constantly pushing back into the subconscious area of our being those things which we do not wish to have intruded and bother us at a particular moment.

The circle of consciousness, then, is something which we have to learn to control if we are to concentrate successfully or if we are to be able to free our minds for the benefit of inspirational meditation. In concentration, the attention is directed toward one fixed thing which becomes the point in the center of the circle. Music functions as a filler for our circle of consciousness; it becomes a background which tends to shut out those impressions that might otherwise interfere with the pure function of meditation and concentration. The selection of music for that purpose cannot be definitely regulated by any absolute criterion. There are only certain general principles. Obviously, heavy metal or rave or martial music that is used for a military band, is not going to be the type of sound that will captivate our consciousness to make it calm and at ease.

Background music, that is, music which is built of simple melodies or simple themes and which is quieting to the consciousness, is the most effective type. This does not mean that all music for meditation must be extremely soft in volume, but it means that the ideal music for meditation runs more or less evenly. Certain themes and variations, such as the fugue and other similar structures in music, are those which are ideal. It is sometimes best not to consistently use music of which we are overly fond or with which we are too familiar. Music with which we are familiar and the words that accompany it, if used too often, may distract our attention from the purpose of meditation and concentration. Furthermore, music of which we become very fond may attract our attention to itself or the intricacies of its performance. It is therefore best to select neutral music as often as possible.

Music becomes a valuable aid in concentration when it fills our circle of consciousness. In meditation or in concentration the background of music attempts to occupy a certain amount of our attention, at least enough of it that certain extraneous thoughts. certain ideas that are cluttering our mind at a particular time can be forced into the background and the music allowed to take their place. Music becomes to a degree the content of consciousness, but we need not direct our whole attention to it. It can be heard in the background and at the same time be enjoyed if it is music of a type that tends to inspire and to make us calm and relaxed. It is under those circumstances that we are in the best position either to enjoy relaxed meditation or to bring definitely before consciousness a specific problem and direct our whole attention upon it.

One thought on “Music For Meditation”

When you wake up in the morning, you should first say thank you to the God of our hearts for a new day. This expression of gratitude will flow into your day and guide your interactions. It sets the tone for how we respond and react to whatever happens throughout the day. In addition, we are less likely to act in unkind ways towards others and ourselves when we are filled with gratitude. Think of gratitude as clean air being inhaled into your system, reinvigorating your mind, soul and body.
Conscience is the eye of God in the heart of man, which sees everything. Conscience projects the still, small voice that admonishes us. The more we adhere to the dictates of conscience, the more it becomes a louder voice of direction in the manner we conduct our personal affairs as well as group affairs in the arena of spiritual leadership.
All that I ought to have thought and have not thought;
TRUTH
INTERNATIONAL DAY OF PEACE
An immoderate desire of riches is a poison lodged in the mind. It contaminates and destroys everything that was good in it. It is no sooner rooted there, than all virtue, all honesty, all natural affection, fly before the face of it.
Scroll to top
Loading Comments...
%d bloggers like this: